We have a variety of overnight accommodations, day use, and meeting spaces for up to 150 people.  All accommodations are heated and have restrooms with shower facilities. 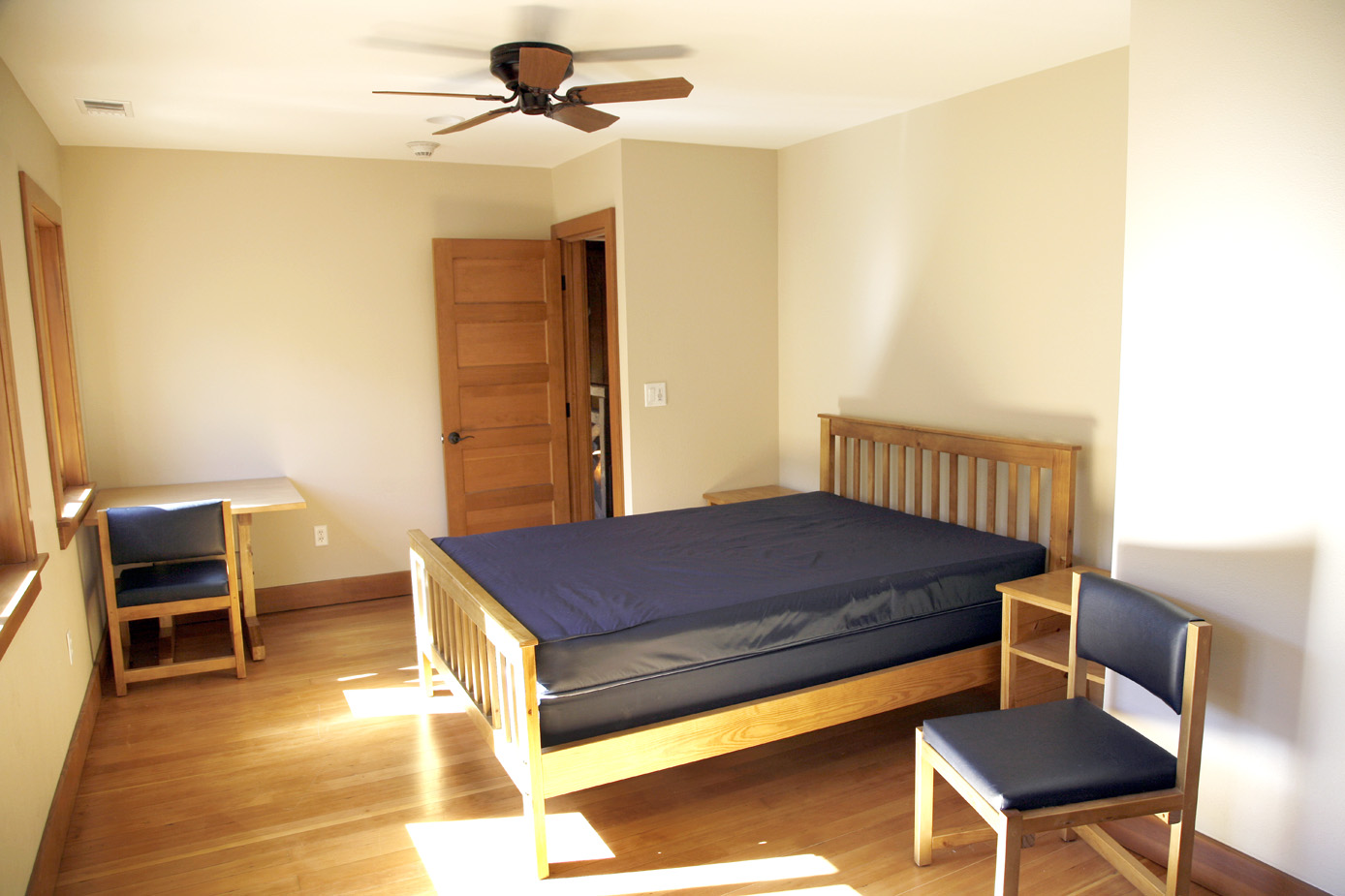 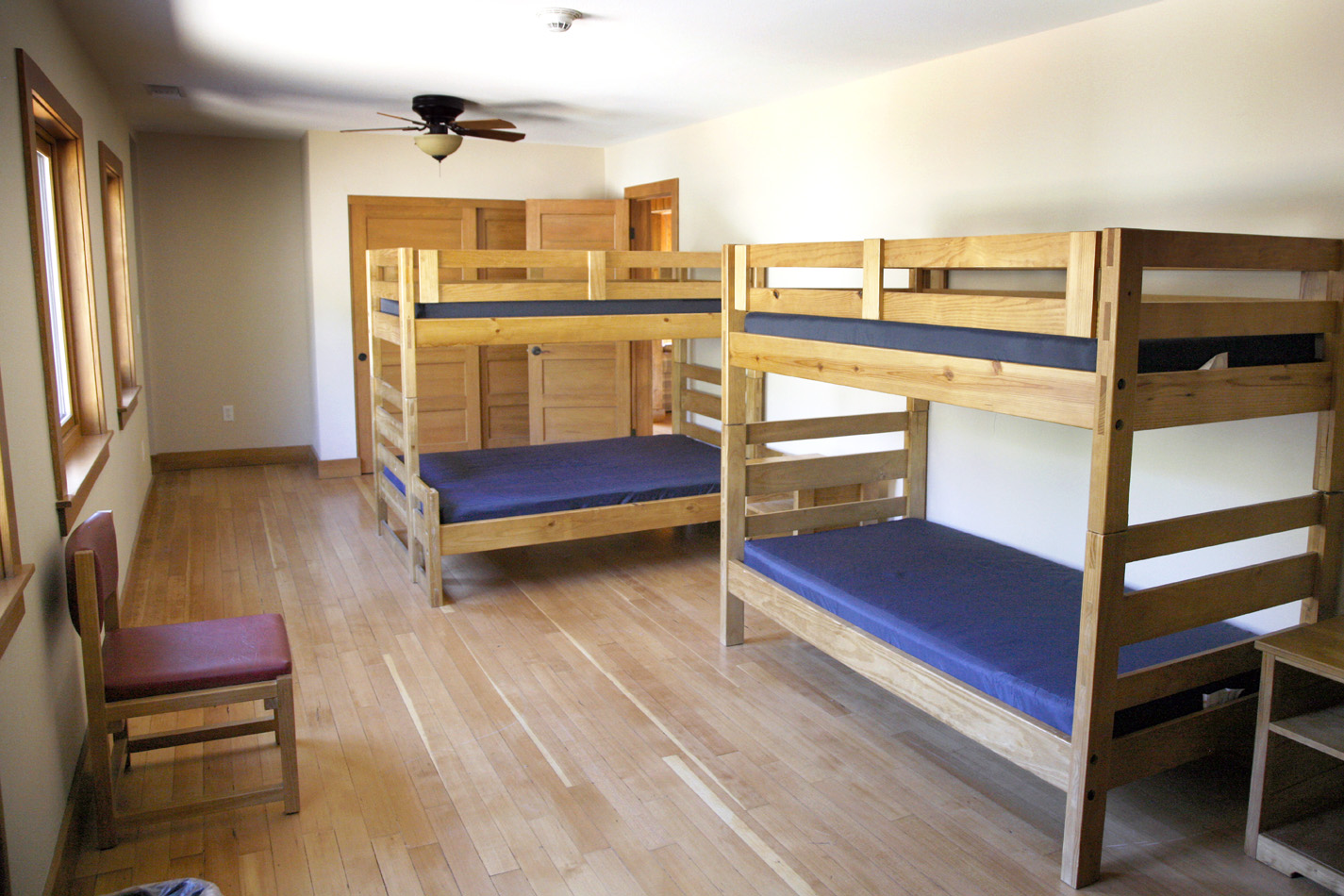 Campbell Lodge sleeps up to 34 people and features 6 bedrooms (2 dorms, 1 suite and 3 semi-private) and 6 bathrooms plus additional stall restrooms. A full kitchen dining room can be sectioned off for meeting space, and the spacious great room includes a fireplace, integrated A/V unit, private phone line, wifi access, and forced heat.

Campbell Lodge (named for Disciples’ founders Thomas and Alexander Campbell) is the aesthetic and historic heart of our camp and it served the same function in 1928. Built in 1928 and restored in 2014, Campbell combines early 19th-century architecture with modern amenities. It is the only remaining redwood lodge in the San Bernardino National Forest. 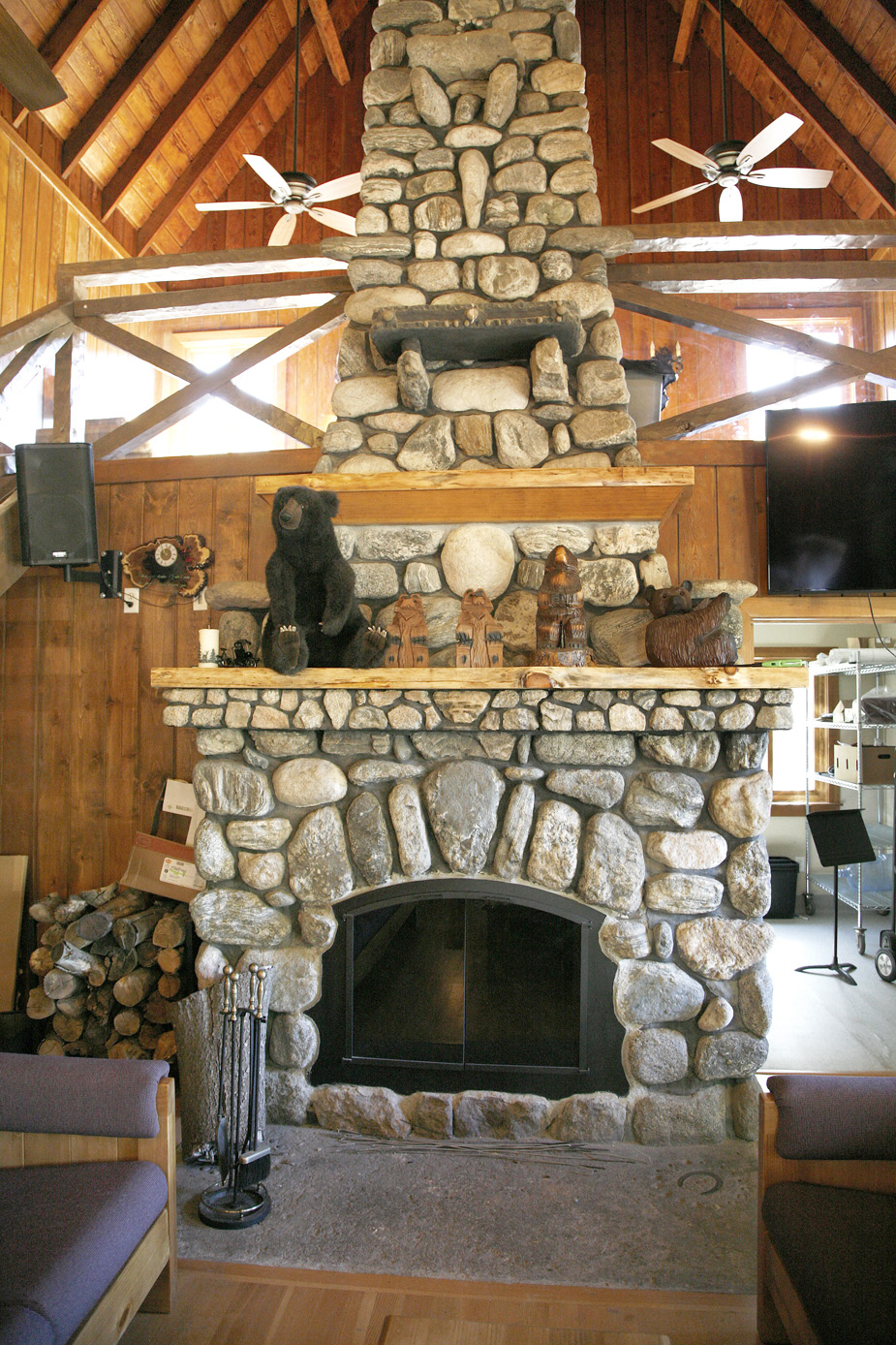 Ross Hoose is a two-story building with accommodations for 33 people in community style semi-private rooms upstairs and additional accommodations for 10 people downstairs. Upstairs: 15 traditional wood bunk beds plus 3 single beds, with two residential style bathrooms (toilet, shower and sink) and one community bathroom (2 toilets, showers and sinks). Downstairs: 5 cubby-style bunk beds and one residential-style bathroom (toilet, shower and sink). Beds are all traditional wood bunks with updated 5” mattresses. There is also a meeting room with a wood burning stove downstairs, and a large concrete patio outside for group barbecues and recreational activities. 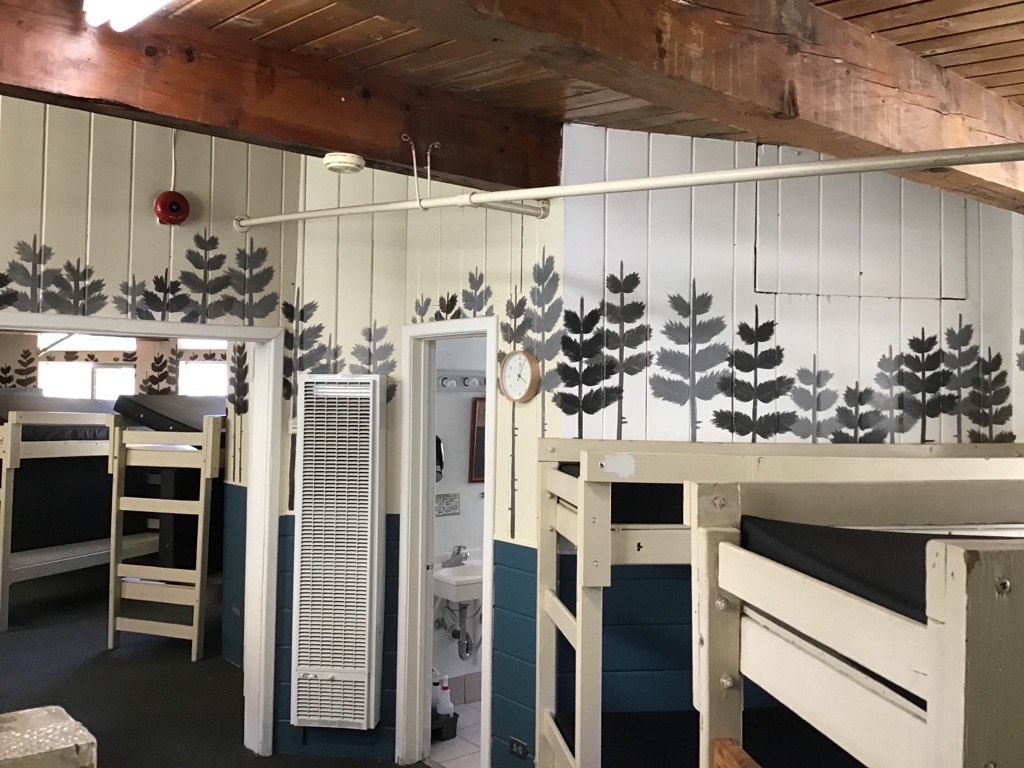 Each of our dorm-style cabins sleep 12 people on each side and feature six traditional wood bunk beds, wall to wall carpeting, a wall heater, and ceiling fans. Each side includes an interior bathroom with a shower and toilet.

Maus Cabin, built in 1974, was named for Cynthia Pearl Maus, the first National Youth Director for Disciples of Christ and the founder of the Youth Camp and Conference program.

Ares Cabin, built in 1974, was named for Ralph Ares, a dedicated lay person in the Pacific South West Region.

Alder Cabin, built in 1961, was named for the Alder trees that shade Mountain Home Creek and has a slightly different layout than Ares and Maus. Alder bathrooms were renovated in 2011. 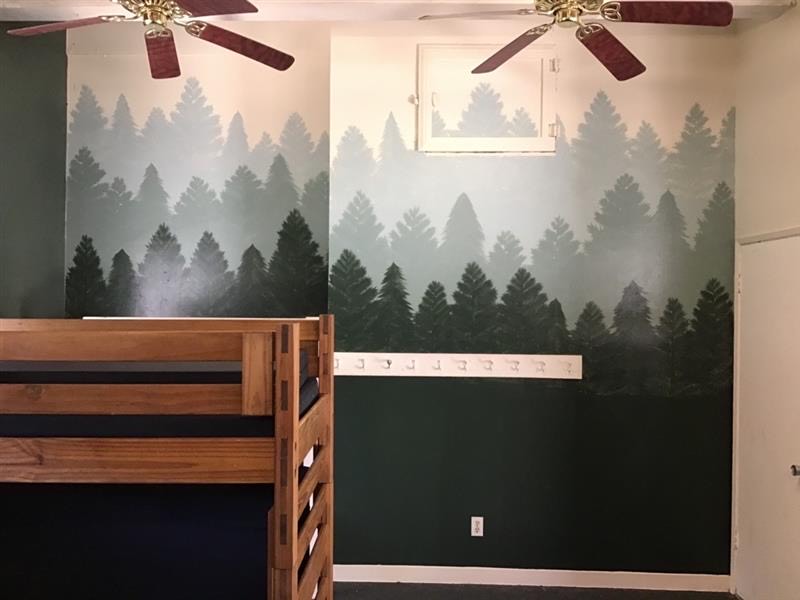 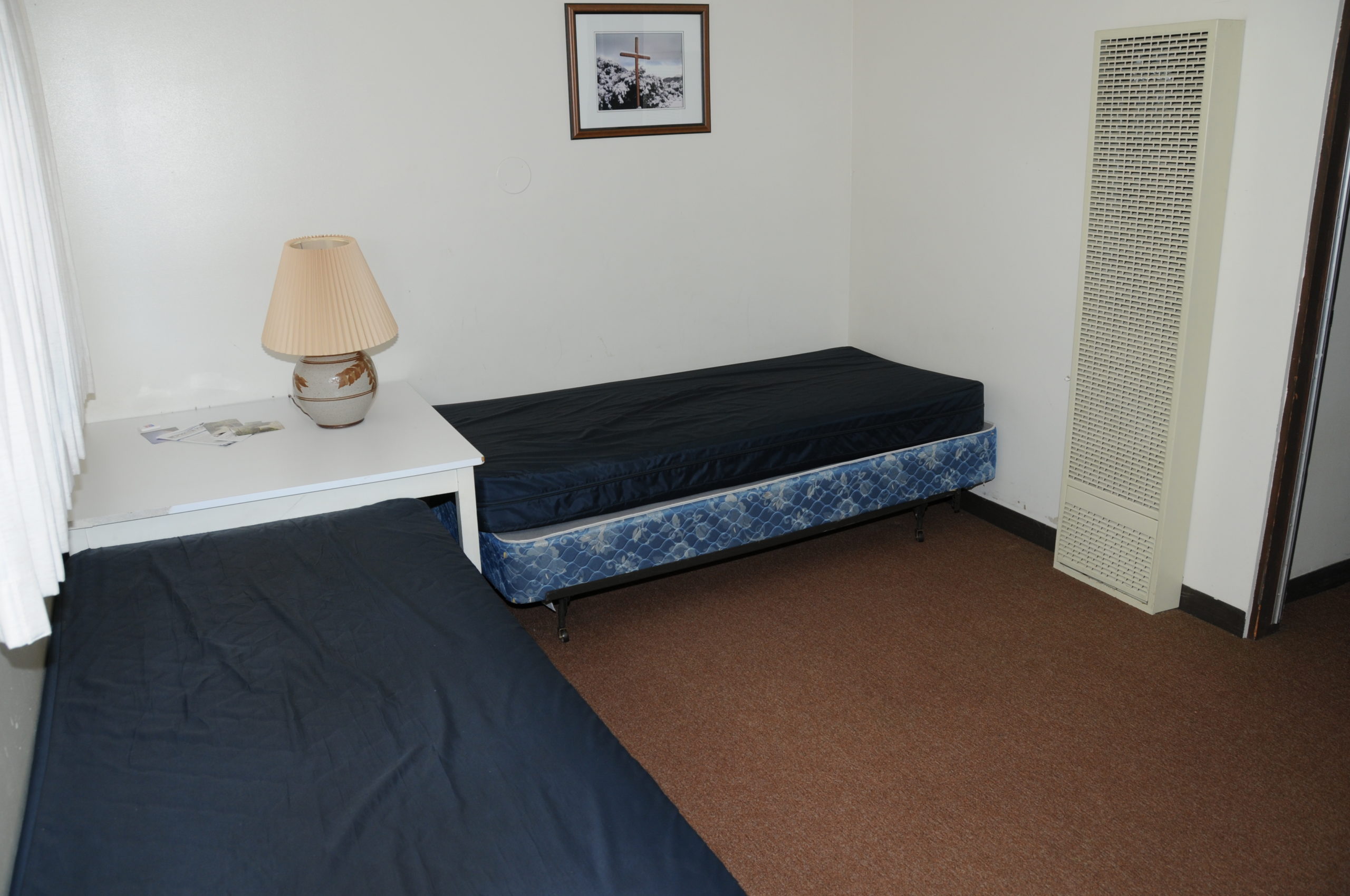 Cole rooms are available for individual personal retreats in the off-season as well as for group retreats. The number of rooms available to reserve is based on the size of your retreat. Groups with a contract minimum of 85 or more full-time campers will be entitled to the use of two Cole rooms at no charge.

Guests are responsible for bringing their own bedding, however linen rentals and purchase of forgotten items are available in the Loch Leven office.

Cole was constructed in 1978 and dedicated and opened for use in February 1979. They are named for Rev. Clifford Cole Sr.

The grounds along Mountain Home Creek are peppered with pavilions and open areas for tent camping. The pavilions are ideal for small group meetings, providing plenty of shade and privacy when it is needed.